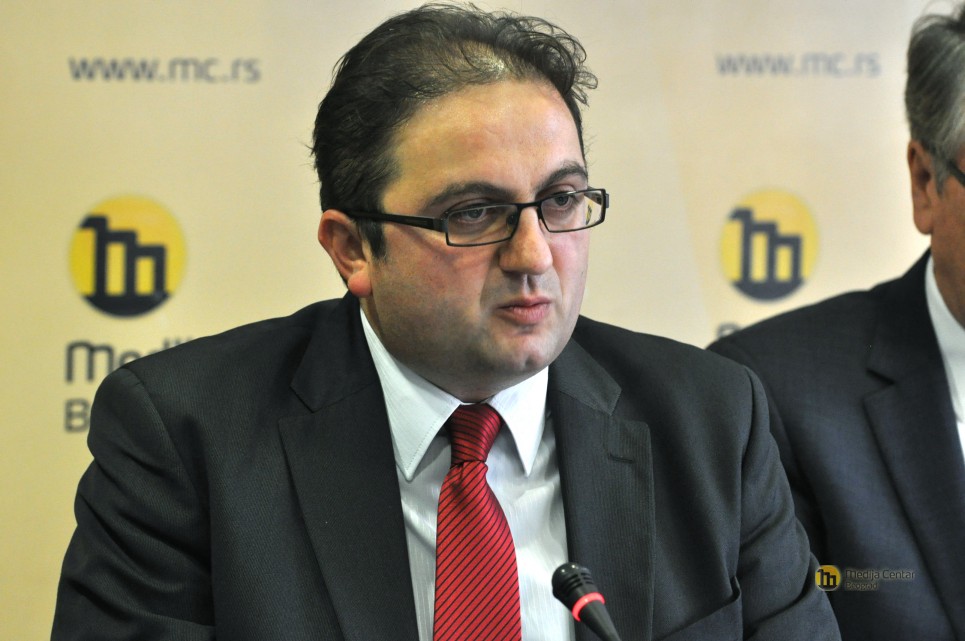 The former Yugoslav Republic and now independent State Union of Bosnia and Herzegovina, is inhabited by the three nations the same root. Serbs and Croats have the same South Slavic roots, as well as their former members who were Islamized under the Turks rule, who are now called Bosniaks. They all speak the same language and modern national differences between them arising from religious divisions. Here we talk about so-called ethno-confessional groups. Members of the related Slavic tribes that settled in Bosnia-Herzegovina in 5-6th century, gradually regrouped by religious criteria, and on that basis develop a modern national consciousness. However, because of that, ie. due to the fact that the divisions were on religious bases and have grown into national, often even split families – ethnic picture of Bosnia and Herzegovina before the war resembled a leopard skin. Tens or hundreds of relatively small territorial area of ​​different political majority were mixed, and there were no major ethnically homogeneous parts (although in some parts of Bosnia and Herzegovina prevailed members of one ethnic group).

As for Ukraine, it is, on somewhat different grounds, also totally heterogeneous. East Slavic  people of Ukraine have the same roots and for a long time had a unique all-Russian identity, based on the legacy of Kievan Rus. Due to the centuries-long presence of foreign occupying forces – Poland, Austria, Hungary, Lithuania – ie. long-term separation of Ukraine, or how different it was called for centuries- Little Russia, from the eastern Russia countries gathered around Moscow, gradually emerged linguistic, religious and ethnic differences. However, as in Bosnia and Herzegovina, those were small differences and identity overlapping is still present.

Ukraine is characterized by the division of the population of the same roots to large segments of those who speak Russian and Ukrainian languages, those who belong to one canonical and non-canonical Orthodox churches or accepted the Greek-Catholicism (retained Orthodox form but accepted union with Rome) from the late 16th. Linguistic, ethnic and religious divisions are not fully matched. Some Ukrainians speak Russian and some Ukrainian language, some people whose parents declare themselves as Russians say that they were Ukrainians although they don’t know a word of Ukrainian language. Members of all Orthodox churches are among those who claim to have nothing in common with the Russians, and among those who are aware of their Russian roots. 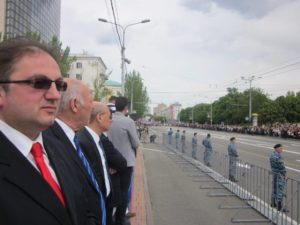 Simplified, a large part of the population of Ukraine, regardless of whether they identify themselves as Russians or Ukrainians, have a complex national identity. Many Ukrainians are aware that, in a broad sense, they belong to the all-Russian Corps, as well as  many Russians, both in Ukraine and in Russia, are aware that Ukrainians, regardless of whether they admit their Russian origin or not, are their brothers. This comes with all the others, regional, religious and linguistic divisions. In short, Ukraine is ethnically very heterogeneous country. Some kind of East Slavic Bosnia and Herzegovina, made of real ethnic and religious mosaic of people of the same origin with positive and negative emotional potential that such a state has.

That’s why it seems that the Dayton model is only viable solution for Ukraine. Let’s briefly resume what it means. According to the Dayton peace agreement and constitutional arrangements that resulted from it, Bosnia and Herzegovina was divided into two entities, ie. Republics. One part of Bosnia and Herzegovina is called Republic of Srpska and the other the Federation of Bosnia and Herzegovina. RS is in greater extent ethnically compact (although there are large non-Serbian enclave) and the Federation of Bosnia and Herzegovina is in greater extent ethnically heterogeneous. The division into two entities instead of three, was made primarily because the United States, Germany and some other Western powers in the second phase of the war (1994-1995) managed to reconcile Muslims and Croats of Bosnia and Herzegovina and make their alliance against the Serbs, in order to established balance in relation to the military superior Serbian side. The line of the former war divisions became the border between the two republics. However, within that framework, in the part that was much more varied, ie. mixed Croatian-Muslim parts in which today Serbs constitute the majority but found themselves at the end of the war under the control of the other side- was established the division of the additional ten small federal units called cantons. 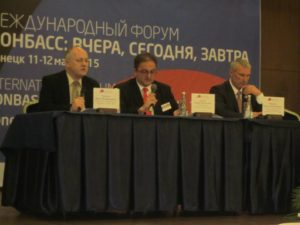 All in all Bosnia and Herzegovina is a complex state that is a sort of mixture of the federation and a confederation of the two republics, among one of them is itself a classical federation. This, in general outline, seems as a suitable model for the rearrangement of Ukraine. In this model the Donbas will have a similar status to the Republic of Srpska in Bosnia and Herzegovina, ie. great autonomy in all areas, from security to economy, and the rest of Ukraine would also, according to criteria that respected linguistic, religious, regional and other specifics, will be essentially decentralized. At the central government level, it is necessary to, as in Bosnia and Herzegovina, establish decision-making mechanisms that would preclude outvoting of any part of a complex state, ie. for the most important issues the solution would be reached with the consensus.

Such a political structure of Ukraine is not easy to build, and its functioning would not always be idyllic, but we think this is the only model that guarantees lasting peace. It is better to negotiate for a long time about some solutions than to fight and search for solution in war, especially when the alternative to sense and commitment to tolerance and peace is lasting bloody war. It is important for Western public opinion to realize this as soon as possible, because many Ukrainian politicians don’t want to see this as a solution and push official Kiev into extremism, which makes it difficult to find a lasting peace settlement.

The future of Ukraine and Donbas is in asymmetric but substantial decentralization of (con) federal type. On this basis and with internationally guaranteed military neutrality, Ukraine can have a positive perspective. It is the illusion that anyone in Ukraine could unilaterally impose its will because it is too complex country. When all the relevant Ukrainian and world factors admit this, things will get better. Otherwise, black clouds of war will be above Ukraine for a long time. Unfortunately, many countries in the world, especially away from our European continent, have an interest to keep this situation. Therein is the greatest danger. The people of Ukraine, if left to themselves, would relatively quickly, with the support of Russia and a number of other European countries, found a viable solution for the future of their country. However, some major powers behind many conflicts that rage around the world, although talk about democracy and human rights, does not think about the welfare of other people.